Though Research Grade and GMP Grade products go through the same production process, GMP Grade products undergo a more rigorous quality check and there is more extensive documentation for traceability and transparency for regulatory requirements.

Wnt3A is critical for the regulation of cell fate and patterning during embryogenesis and plays a key role in maintaining the integrity of embryonic and adult tissues. Wnt3A recombinant proteins are an important component of stem cell and organoid cultures. The post-translational glycosylation and acylation of Wnts are essential for their efficient secretion and biological activity, which is why our HumanKine Wnt3A that is produced in HEK293 cells provides native human glycosylation for proper activity. HumanKine Wnt3A is twice as active as leading competitor’s product when compared side-by-side in two recognised, validated bio-assays.

Proteintech has developed a thermostable FGF (FGFbasic-TS), created in HEK293 cells using animal-free components
FGF is a required component of stem cell culture media for maintaining cells in an undifferentiated state. Because FGF is unstable, daily media changes are needed. Proteintech has developed a thermostable FGF basic (FGFbasic-TS) that supports a 2-day media change schedule, so no media changes are required over a weekend (Figure 1).

Basic fibroblast growth factor (FGFbasic), also known as bFGF, FGF2, FGF-β, or HBGF-2, belongs to the FGF family. FGF plays important roles in diverse biological functions in vivo and in vitro. It is involved in embryonic development, neuron differentiation, and the proliferation of cells of mesodermal origin and many cells of neuroectodermal, ectodermal, and endodermal origin.
Proteintech FGFbasic-TS HZ1285 maintains cell growth, pluripotency, and differentiation potential with a 2-day feeding schedule.

Bone morphogenetic protein-2 (BMP-2) can be isolated from bone or expressed recombinantly for use as a growth-factor to induce osteogenic differentiation of osteoblasts and their precursors. Experimentally, BMP-2 can be used in stem cell cultures to induce osteogenesis but is also the sole osteoinductive factor currently approved for clinical use by the FDA. Human BMP-2 is synthesized as a 396 amino acid (aa) preproprotein that contains a 23 aa signal sequence, a 259 aa pro-peptide, and a 114 aa mature region. Maturation of BMP-2 is a complex process that involves cleavage of pre-pro peptide; removal of signaling peptide; dimerization of the pro-peptide and proteolytic activation that enables mature BMP-2 to form active disulfide linked homodimer. Reduction of disulfide bonds result in loss of biological activity. It is known to increase alkaline phosphatase (ALP) expression through modulation of the Wnt signalling pathway; meaning ALP bio-assay detection can be used to calculate the bioactivity of recombinant human BMP-2.

Due to its importance in the stem cell research and clinical fields several companies are offering recombinant human BMP-2 for sale as a growth factor. Independent research conducted by Fung et al. in 2019 indicate that of the commercially available BMP-2 proteins tested, Proteintech’s HumanKine (previously named HumanZyme) HEK293 derived BMP-2 was the most active, and most stable product when compared with competitor BMP-2 derived from E. coli or CHO expression systems.

Figure 2 indicates that Proteintech’s HumanKine recombinant human BMP-2 (H1) leads to increased expression of ALP at the same concentration when compared to either international standard (Standard) or competitor BMP-2 derived from E. coli or CHO expression systems (above). This is confirmed by H1 having the lowest ED50 when compared to those same competitor products (right), and thus, the highest activity.

Figure 3: Stability of commercially available rhBMP-2 at 37°C. Concentration of CHO cell-derived rhBMP-2 (A), E. Coli derived rhBMP-2 9 (B) and HEK-derived rhBMP-2 (C) at the indicated time points. The concentration was quantified by LISA and normalized to that of day 0. Data are presented as average + SE (n=3) HEK, huamn embryonic kidney. Data from Fung et al., 2019.

Proteintech HumanKine cytokines and growth factors are all HEK293 human cell derived. This means all HumanKine recombinant proteins are animal component free, xeno free and tag free, with native human glycosylation and folding, leading to increased activity and stability, as seen above. We are also proud to offer our HumanKine range as GMP grade (ISO 13485 certified).

Interleukin-2 (IL-2) is a cytokine secreted by T cells that signals through heterodimerization of the IL-2R‑ and IL-2Rβ subunits. It acts as a growth-factor for a wide range of leukocytes; inducing proliferation in CD4+ and CD8+ T cells, maintaining normal T regulatory cells function, and is essential in immune homeostasis and self-tolerance.

IL-2 can be used to stimulate cultured T cells, clonal expansion and proliferation of T cell populations, or to maintain normal function of cultured leukocytes such as NK cells and Tregs. It has also been used therapeutically in the treatment of numerous diseases, including cancer. The clinical benefit of IL-2 therapy comes from the expansion of T cell subsets that can target cancer cells in diseases such as renal cell carcinoma. IL-2 is also used in the production and differentiation of chimeric antigen receptor T cells for ground-breaking personalized CAR T cancer therapy.

Figure 4: CTLL-2 cells (mouse cytotoxic T cell) were seeded in a 96 well plate at a density of 10,000 cells per well. Cells were starved for 5 hours prior to addition of IL-2. IL-2 was added at a starting concentration of 50 ng/mL and then diluted three-fold. Cells were incubated with IL-2 for 48 hours in a water-jacketed incubator set at 37¬°C. After incubation, PrestoBlue viability reagent was added to the cells and the signal was allowed to develop for at least two hours prior to determination of EC50.

Due to its importance both clinically and in research, many companies have produced and sold active recombinant human IL-2 protein. Figure 4 demonstrates that Proteintech’s HumanKine human cell expressed recombinant IL-2 is up to 40x more active than leading competitor IL-2 when benchmarked side-by-side in the competitor’s optimized assay protocol. 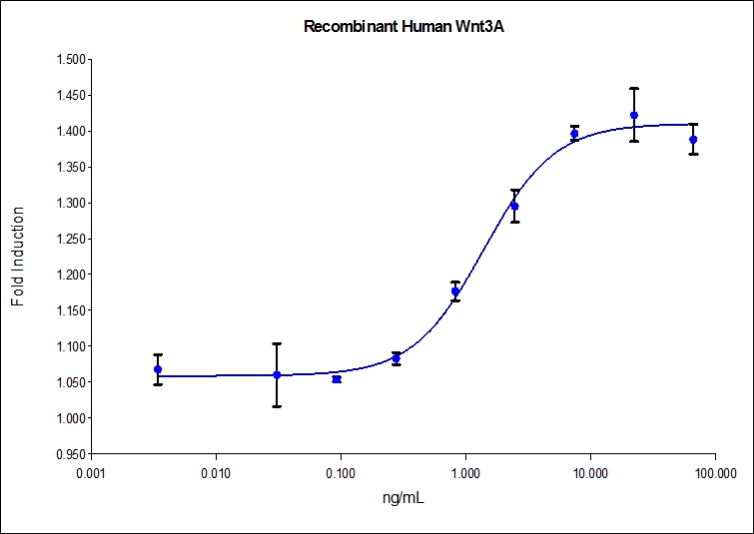 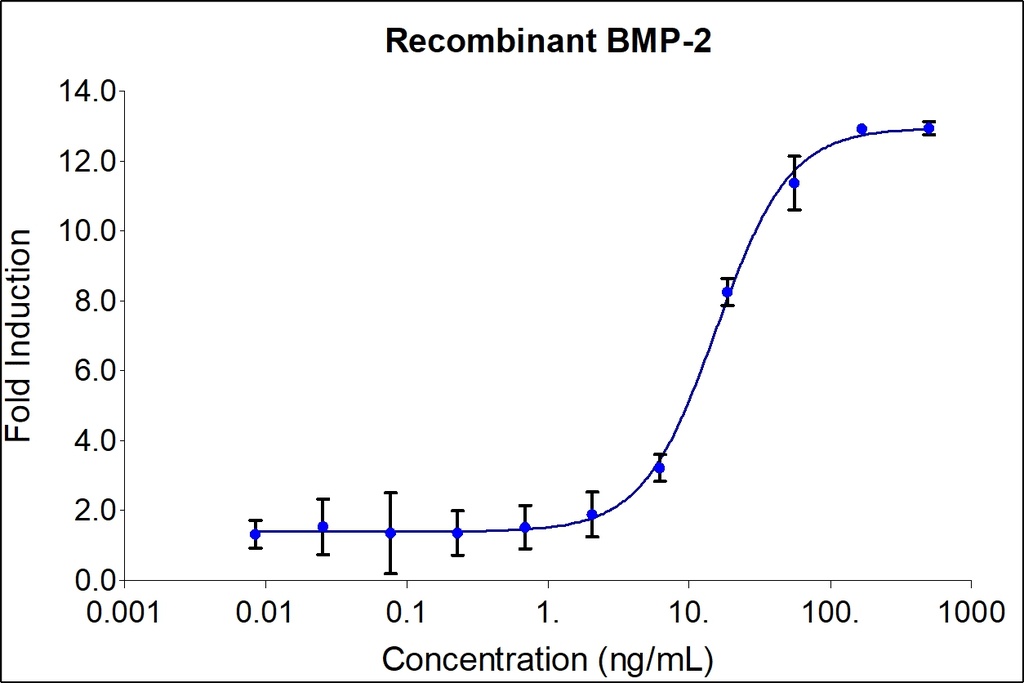 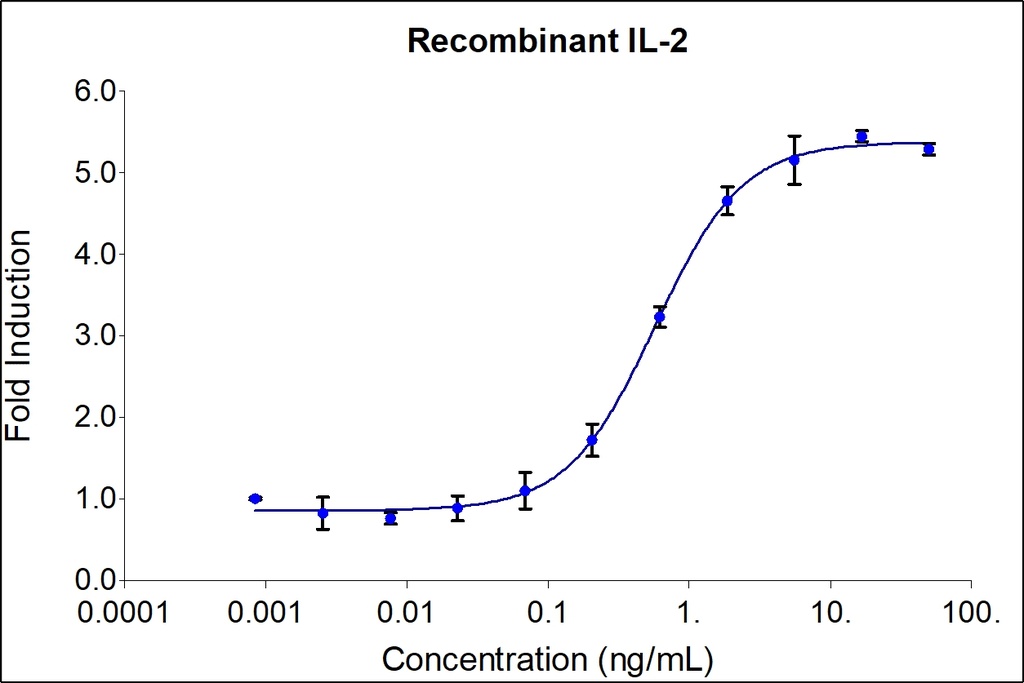 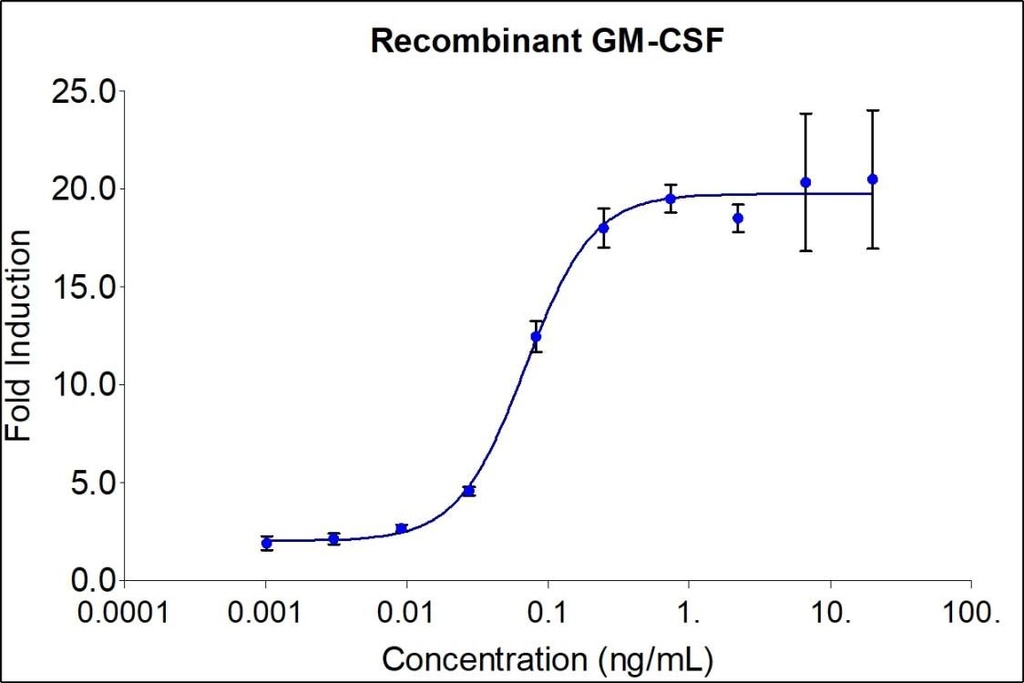 Please take a look at this concise overview of our research grade and GMP grade products and let us know if you are interested in any of our products. We will gladly provide more information.

For more related information, take a look at the products under the following links:

Made with HumanKine® human cell-expressed proteins

Make sure we can send you a special Discount to your email address by telling us which products are relevant to you.

For infos on how we take care of your data, please view our privacy policy page: https://www.ols-bio.de/privacy-policy/